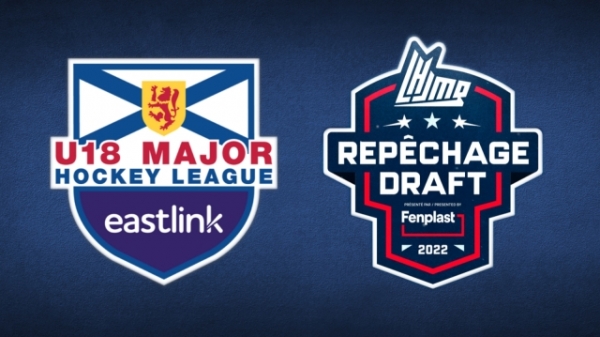 25 NSU18MHL players have been selected in the 2022 QMJHL Entry Draft. The draft took place virtually over 2 days, July 4th & 5th 2022. Halifax Macs forward Quinn Kennedy started it off for the League, being selected 9th overall by the Rimouski Oceanic in round 1 Monday evening, while the Cole Harbour Wolfpack lead all Atlantic U18 Programs with 8 players selected.

Selections from the League were as follows:

Congratulations to all players! They have earned a great opportunity to take the next step in their development.