Halifax McDonalds ready to pick up from where they left off last season George Myrer (gmyrer@herald.ca) 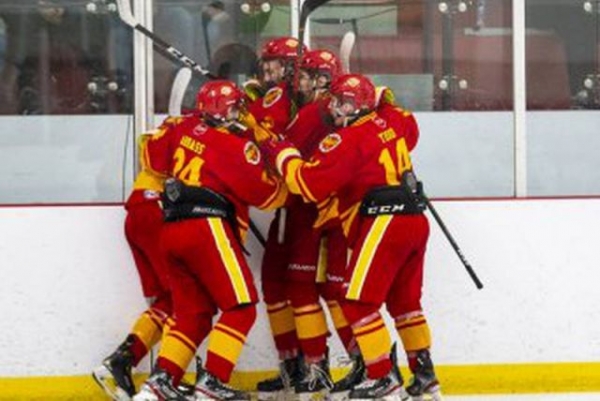 Tim Boyce would like to be more prepared for the start of the Nova Scotia Under-18 Hockey League season but realistically he’s just excited for his players to hit the ice.

He said the COVID-19 landscape changed the way he approached the pre-season and evaluated the players.

“It’s been a year like no other,” said Boyce. “We haven’t been able to get into our dressing room, where we would typically do video and things of that nature. We haven’t done a lot of that stuff so it’s going to be slow and steady progress.

“It was tough given the circumstances. We weren’t allowed to play exhibition games for the longest time A lot of it was four on four. Some days we would have 10 or 15 kids back on the ice, you can do drills and things of that nature but when it comes to evaluating you want to see them in game action. So we took our time with (the player selection), we actually got into some games at the end of training camp to get in some evaluation.

“We’re excited to get started on Saturday and hopefully we will be able to play a full season,” said Boyce.

The McDonalds open with a pair of weekend against Cape Breton West at the Halifax Forum. The Saturday game is at 7:30 p.m. and the Sunday matchup at 12:30 p.m.

The COVID shutdown in March ended the playoff run for the McDonalds. The Halifax team was fresh off a semifinal series victory over the Wolfpack and headed to the finals when the season was scrapped due to the pandemic crisis.

That led to a lengthy layoff for Boyce and his players.

“It was a long off-season for us, especially with the fact that we had just clinched going into the finals last year when COVID hit,” said Boyce. “Everything got shut down the day after we won our semifinal.”

Boyce said it was disappointing for the team that was hitting its stride in the playoffs.

“They really started to remind me of the team from the year before when we did go to the Telus Cup in Thunder Bay. They were just dialled in on the defensive side of the puck. We felt really confident going into the finals for sure.”

Of course, the championship series didn’t happen and a few players’ careers finished that day.

“It was devastating,” said Boyce. “I’d be lying if I didn’t say that it hurt all of us. I felt really bad for the graduating kids who were finished midget. Some of these guys it was their last kick at the can when it comes to organized hockey. It was really tough seeing guys leave our program and not get a chance to finish what we started.”

The roster has turned over with the loss of several key players, including Davis Cooper, Drew Madigan and Leighton Carruthers to the Quebec Major Junior Hockey League.

Boyce said the McDonalds were the league’s second-youngest team last year and he is excited to see their development when the league play begins.

“We had some holes to fill because we were so young last year and some of the guys have taken the next step so far. Every year we look to our third-year guys to lead. Guys like Daniel Kline, Ryan Dempster, Alex Ross and Bryson Boudreau, who we picked up from Cole Harbour has been a pleasant surprise. Those would be some of the guys we are going to lean on. There are some second years as well like Matheas Elles, Jarrett Todd. We’re feeling good about where we are at right now.”

Boyce only had a few pre-season games to produce a scouting report on opponents for the upcoming season, but expects the ususal suspects to be in the running.

“Dartmouth is going to have an excellent team, Cole Harbour will be very strong on their back end, Pictou is always strong, Sydney was the youngest team last year and they are returning a lot of guys and it looks like Cape Breton West had a terrific preseason. So there’s definitely going to be some good teams in the league again this year.”

A strong Nova Scotia league is a bonus because play outside of the province hinges on the handling of COVID-19 outbreaks elsewhere.

“The fact that we are going to get the opportunity to play for a Nova Scotia championship is more than enough in my eyes given where we are at in Canada,” said Boyce. “There are some leagues in Canada that probably aren’t going to be able to declare a champion unless things drastically improve.

“I think we will potentially be able to get an Atlantic Championship in, given that we are in the Atlantic Bubble and things are going fairly good. But a Telus Cup (national championship) is still up in the air.”

Boyce said his players are grateful to be able to take to the ice and play meaningful games at time when others across Canada don’t have that opportunity.

“We talk about it every day. Respect the rules, respect the protocols, the arenas and the people that are trying to keep them clean, people at the doors. We are the lucky ones when it comes to this stuff in Canada. You never really think about something like this happening until it hits you and you realize how lucky we are and appreciate it that much more. We definitely don’t take it for granted.”