Hockey in Nova Scotia inching toward a complete return Willy Palov (wpalov@herald.ca) Published: a day ago Updated: 21 hours ago 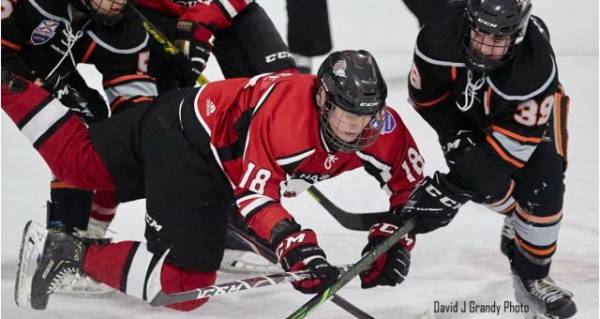 Let’s get this out of the way up front - nobody knows yet when minor hockey will be back in full swing in Nova Scotia.
Leagues have been shut down since mid-March when the province declared a state of emergency and it’s not like we’re going to have a comprehensive reopening in the next 24 hours or anything. But that doesn’t mean hockey will never return to normal. In fact, it’s already transitioning at this very moment.
Hockey Nova Scotia introduced its Rebound Plan one month ago and it spelled out three Periods, or steps, that everyone will take to get back to full participation. The first phase launched on June 30, with some rinks reopening for modified skills sessions. Feedback has been universally positive so far and the approximate date to start the Second Period is October 1.
“You can have (gatherings) up to a maximum of 50 right now but we are recommending multiple groups of 10,” said Amy Walsh, executive director of Hockey Nova Scotia. “Just knowing kids and knowing that it’s fun and it meets all the things that are great about hockey, we are encouraging two groups of 10. They can interact within their group of 10 and there’s no physical distancing requirement. We are also encouraging dividers or bumper pads or half-ice boards, and some groups have had different coloured jerseys to help with that, so those two groups don’t interact.
“It’s been really good. A lot of kids are really excited and a lot of parents were looking for some structured activity for their kids.”
The silver lining of it all is that the restrictions enforce a focus on the sport’s fundamentals. There are differing opinions in the game about how best to develop young players but this eliminates the debate for the moment and necessitates individual, long-term improvement exclusively.
“When you think about it, hockey’s not just about games and competing,” Walsh said. “It’s about fun and being with friends and skill development. We actually see this as an opportunity for smaller coach-to-player ratios, which is a different kind of skill development opportunity.“It just takes a lot of pressure off. And we don’t want to rush back. We’ll take our time and figure things out as we move through the Rebound Plan. Once things are going well and the restrictions change we can inform our membership and adapt accordingly.”
If the province’s general return to normal continues to trend the way it is right now, the next big step will be to hold tryouts in the Second Period in preparation for a full reopening in the Third Period. All of the dates are subject to change because of the constantly evolving nature of the pandemic but it’s easy to envision a return to real practices and games coming soon after the proposed October 1 step, assuming the governing health and safety bodies switch on the green light.
“We have been working very closely with Sport Nova Scotia and Community Culture and Heritage, as well as Hockey Canada,” Walsh said. “Unfortunately, we don’t have anything new at the moment but this plan is fluid and we have a strong team of people ready to pivot as needed. So as we get more information, we’ll be able to take steps. And we’re going to keep meeting monthly or even more frequently with our membership.
“One thing that’s been very well received, and everything is subject to change, is no tryouts until October 1st. There are a couple of reasons for that. If parents or kids are sick, we want them to stay home and we don’t want them to feel any pressure to come to the rink because a tryout might be going on. Also, September will be hard on families with schooling back on and the uncertainty with how that will work. Our goal is to extend the season, so maybe start a little later but also end later.”
Believe it or not, Walsh said the understanding and patience from everyone, even in hockey-mad Nova Scotia, has been universal.
“We’ve been meeting bi-weekly with our membership since April 20th and we had 160 representatives on the call when we released the plan,” she said. “We’ve had some experts in our hockey community that helped us put this plan together so it wasn’t just me behind closed doors with our staff. We had 45 individuals in working groups and task teams putting this plan together. We reviewed it weekly and then launched it on June 30th.
“We also worked closely with Hockey Canada’s leadership team, their legal representatives and chief medical officer, as well as our own chief medical officer, which is Dr. Tina Atkinson. She’s on our steering committee and is now a board member, which is new to Hockey Nova Scotia because health and safety are really important right now. But we also really listened to our hockey community and they wanted the plan sooner than later, just so they could have a sense of what might be coming.”

Halifax McDonalds ready to pick up from where...

Canada rallies to beat Russia for gold in world...