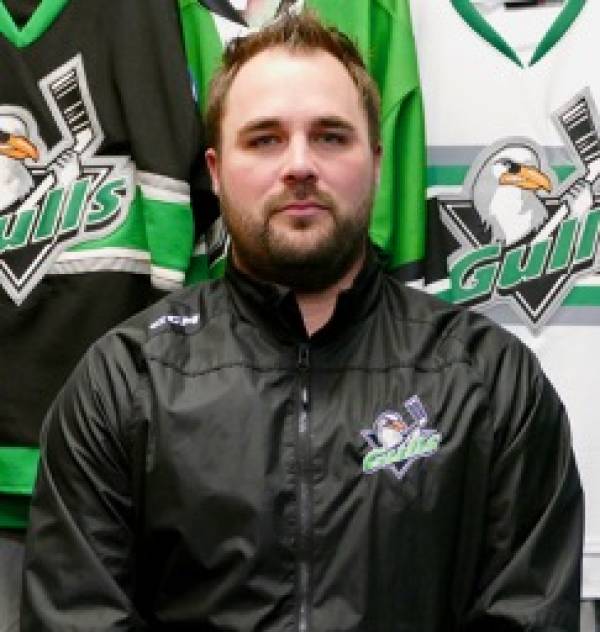 There is a new boss behind the bench of the UPS Store South Shore Mustangs.
The 2019-20 Nova Scotia Under-18 Major Hockey League Regular Season champions have hired Ian Haverstock as their new Head Coach and General Manager.
Ian resides in Timberlea with his wife Rachel and their daughter Bella. The Timberlea resident is no stranger to the Mustangs organization. He served as an assistant coach with our hockey club in 2015-16.
Haverstock has been looking after the head coaching duties of the Gulls Major Bantam Hockey team since 2016, leading them to back-to-back provincial titles in 2018 and 2019.
“Success has proven my ability to create a winning culture within a team atmosphere, all while focusing on players’ individual growth and development, “ said Haverstock.
“The passion, knowledge and work ethic I display will most certainly fit right in with the Mustangs rich history, culture and expectations.”
Haverstock takes over as Head Coach and GM from Brogan Bailey, who recently accepted a position with the South Shore Junior ‘A’ Lumberjacks.
Jacob Conrad and Jeff Bollivar will continue their roles on the Mustangs bench this season.
For more details, please contact:
Mike Conklin
President, South Shore Mustangs
www.ssmustangs.ca
902-523-0523