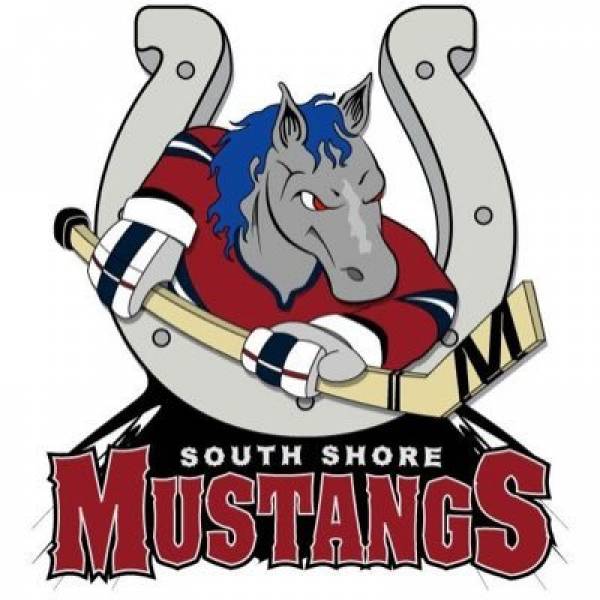 For the first time in their oft-maligned history, the South Shore Mustangs enter the postseason having clinched first place in the Nova Scotia Major Midget Hockey League. The team still had one game remaining as of Jan. 29 but regardless of the result, there’s little doubt the Mustangs are enjoying their best season in living memory.
In many respects, it’s been a banner year for the 35-year old franchise as they galloped past opponents to a 23-6-5 regular season record. They are also sporting a sparkling 15-2-1 while at home in Bridgewater. And if the players have their way, they’ll be adding a championship to their list of accomplishments. Mike Conklin, the Mustangs’ president and a former team captain, said management had high hopes this year but that the players have exceeded expectations. “I knew that we’d have a very competitive team,” he said during an interview with the South Shore Breaker. “Going into every hockey season, I always want to win more games than I lose.”
Well, the Mustangs have certainly done that. Conklin credited the players’ dedication and second-year coach Brogan Bailey for this year’s success. “The kids are keeping their cool on the ice and are sticking to the game plan Brogan has put together. It’s been a pleasure to watch them play these past few months,” he said. Bailey, also a former Mustangs player, said the team’s depth is responsible for a lot of their success. “We have a lot of guys who can contribute in a lot of different ways. Our power play is very good but our special teams in general is good,” he explained.
But make no mistake: this is a supremely talented team. Third-year forward Mason Beck and rookie Luke Woodworth have run away with the league scoring race, nearing 70-points each. In fact, said Bailey, this year has seen Beck realize his scoring potential. “He’s always been a very, very skilled player,” he said. “This year, he stepped in with Luke right away and found that chemistry. They really feed off one another.”
Players like Lawson Cook, Riley Hubert, Konnor Benjamin and Aaron Lane have all also been important offensive contributors. Simply put, Bailey said the team has been scoring by committee, a statement that Conklin strongly agrees with. “We have very good scoring depth. Lawson Cooke is top five in goals scored in the league. There’s very few games where we don’t get goal scoring from our third and fourth line as well,” he said. The team has also gotten good goaltending from the tandem of Jeremy Robar, their starter, and Konnor MacInnis.
At the time of this article, Robar sat atop the league in save percentage, minutes played and shutouts. But it’s been a year of growth for Bailey, as well. He stated that he’s worked hard at better communicating with players and presenting instruction in a positive way. The results speaks for themselves. And given their historic year, both Conklin and Bailey said they’re hopeful for postseason success — something that’s evaded the franchise for 35 years.
“I would love to see us go deep into the playoffs,” said Conklin, adding that the team has never made it past the second round. “Maybe this is the year.” If the regular season is any indication, this very well could be the year the Mustangs exorcise some playoffs demons.